CfDS, UNESCO, and EU are Protecting Indonesia from Harmful Content 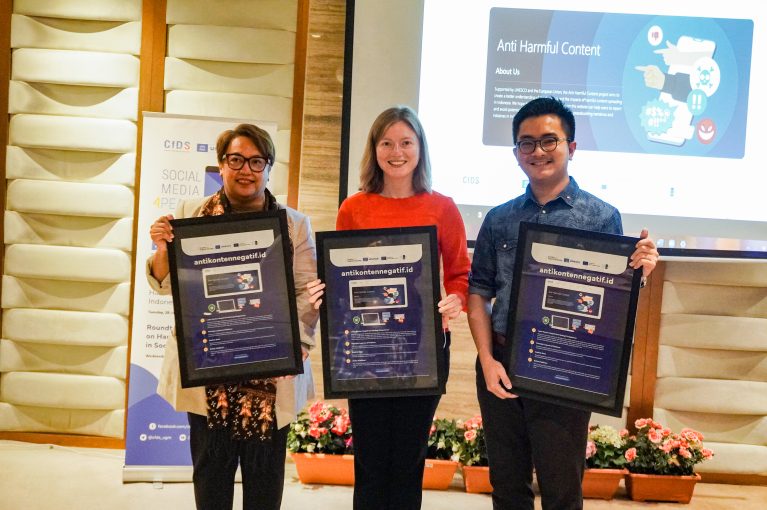 Yogyakarta, June 28th 2022─Center for Digital Society UGM (CfDS UGM) in collaboration with UNESCO held a hybrid conference entitled ‘Addressing Gaps in Regulating Harmful Content Online’ on 28-29 June 2022. This event is part of the Social Media 4 Peace project funded by the European Union. Several expert speakers were presented in this event. Among them are Samuel Abrijani Pangerapan, Director General of ICT Application, MOCI; Faiz Rahman, researcher at CfDS UGM; Genoveva Alicia, researcher at the Institute for Criminal Justice Reform; and Noudhy Valdryno, Manager of Public Policy to Indonesia and Timor Leste from Meta. This event was moderated by Anisa Pratita Kirana Mantovani, researcher at CfDS UGM.

This conference focused on analyzing the gaps and existing regulations regarding the circulation of harmful content on the internet, which is a growing problem on various social media platforms in Indonesia. The event was opened by remarks by Ana Lomtadze, Program Specialist for Communication and Information at UNESCO. Ana explained about the Social Media 4 Peace project.

“The Social Media 4 Peace project aims to strengthen the resilience of local communities against the spread of harmful content online, particularly hate speech and disinformation. The first step taken by CfDS was to conduct research to understand the underlying causes, scale and impact of harmful content, especially on marginalized communities. The next thing to do is collaboration between policy makers for social media, this allows the civil society community to give advice to social media platforms to moderate content,” Ana said.

The literature review and focus group discussion conducted by CfDS shows that in Indonesia the current legal framework is inadequate to deal with the problem of spreading harmful content in Indonesia. Faiz Rahman, researcher of CfDS, said that, “There is no clear distinction between malicious and illegal content. The definition is still different, it is still not very clear.” 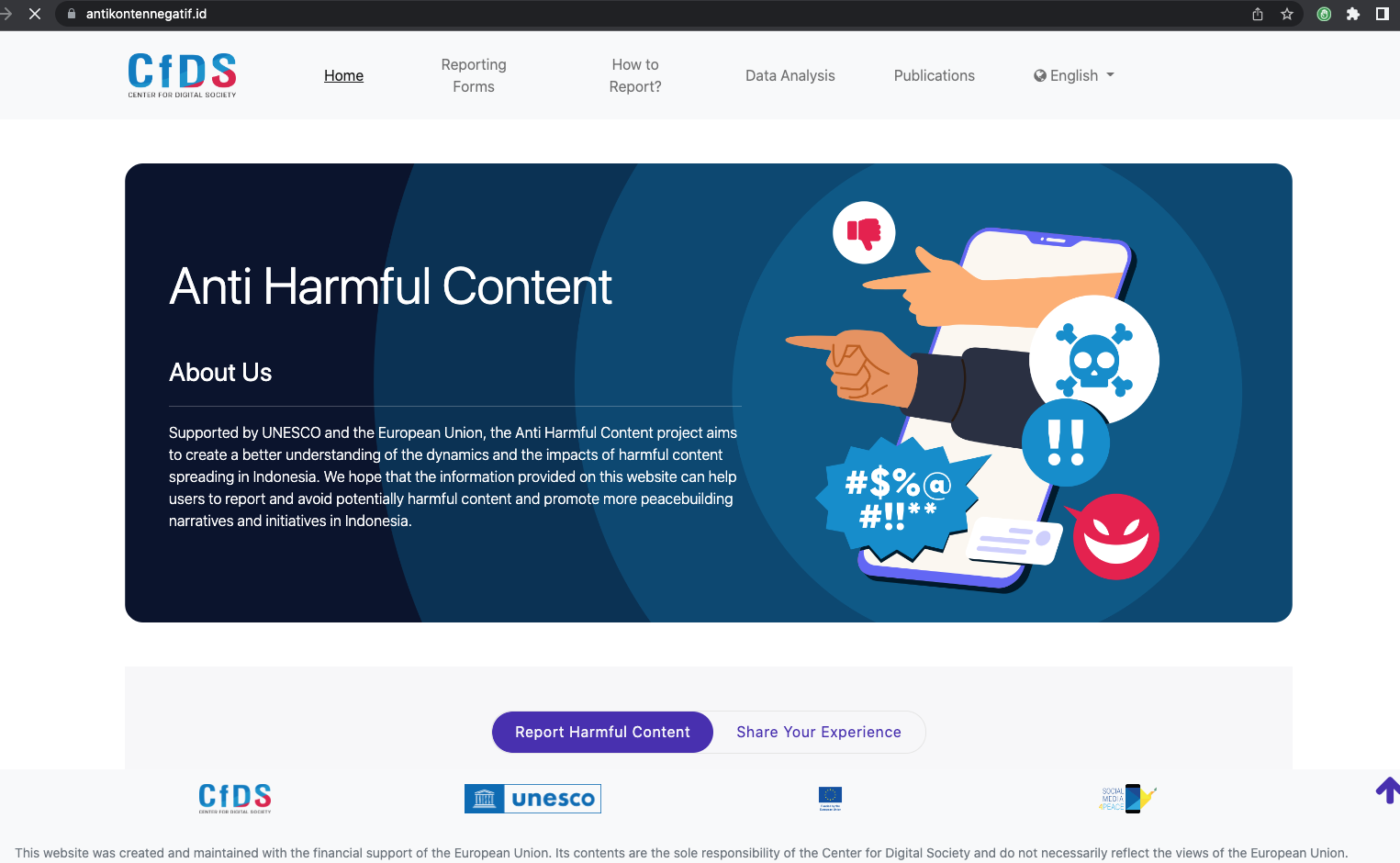 CfDS also found loopholes in how governments and social media platforms deal with harmful content. This malicious content is defined differently by the two parties, so it results in different responses from the two. Within the framework of Indonesian law, all malicious content can be criminally prosecuted. Meanwhile, based on Noudhy Valdryno’s explanation, social media platforms such as Meta use other mechanisms. For example,  include deleting content, restricting distribution, and removing users. The platform emphasizes the important role of users to participate in monitoring the spread of harmful content on social media.

An interesting fact was also explained by Genoveva, a researcher at ICJR. She said that, “The criminal article regarding the spread of fake news in Indonesia is still unclear. Regulations that are supposed to protect vulnerable groups are often used to attack vulnerable groups themselves. In protecting freedom of expression, we must accept that it may offend and annoy us. However, freedom of expression must be protected,” Genoveva said.

The first day of the conference was open to the public and brought together representatives from government, civil society, and social media platforms to debate how to effectively deal with harmful content. The second day of the conference was closed sessions for civil society groups and platforms to discuss practical steps towards multi-stakeholder coalitions for social media and to encourage community-led content moderation practices.

This event also introduces the Anti Harmful Content platform: (https://antikontennegatif.id) which is the result of a collaboration between UNESCO and UGM. Through this platform the public can report harmful content and help with future research and monitoring.