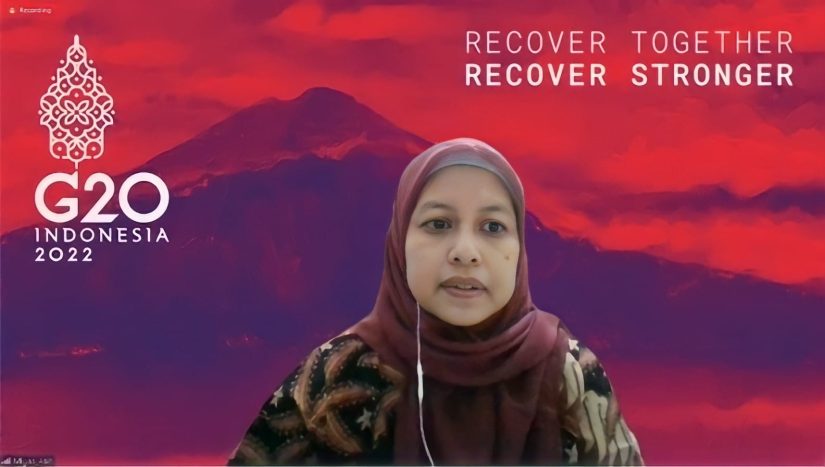 Yogyakarta, August 5th 2022─Entering its fourth series, the Faculty of Social and Political Sciences (FISPOL) UGM again held a series of FGDs or Focus Group Discussions on Friday (5/8). This discussion forum was held as a result of collaboration between the Institute of International Studies (IIS), the Department of International Relations UGM, and UP3M (Research, Publication, and Community Service Unit) FISIPOL. In this fourth series, the speakers discussed an important topic in Indonesia’s G20 Presidency, “Energy Diversification and the Challenges of the Transition to Clean Energy Amid Political Realism (Geo)”. The speakers and moderators involved in this FGD were Sularsih, Coordinator of Oil and Gas Cooperation of the Ministry of Energy and Mineral Resources; Muhammad Takdir, Head of the Center for Policy Strategy for the Asia Pacific and Africa Region, Ministry of Foreign Affairs; Elrika Hamdi, Energy Finance Analyst, Institute for Energy Economics and Financial Analysis (IEEFA); Dr. Nanang Indra Kurniawan, Department of Politics and Government UGM; and Raras Cahyafitri, M.Sc, Department of International Relations UGM.

This series of FGDs will take place in five series and the outputs of the discussions will be used as material for the preparation of policy papers. Further information regarding the FGD agenda can be accessed on IIS UGM social media (@iis_ugm).