Film ‘Ketiban Ndaru’ by the Students of Communication Science, Wins a Competition 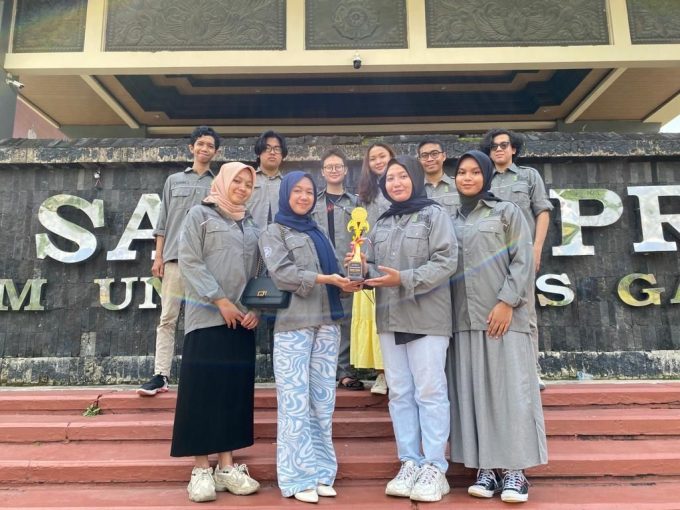 Yogyakarta, August 2nd 2022─Students of Communication Studies of Universitas Gadjah Mada once again got an achievement in the field of film. Satria Setya and his team won 1st place in the Short Movie Competition organized by Meraki Event Organizer and Sineashub, from April 4th to May 26th, 2022.

Didi as a photographer and graphic designer admits that there is no special motivation for participating in this competition. “At that time, I was interested, because the prizes were attractive. At first, because I wanted to participate in the competition, we invited other friends to join in, and this Ketiban Ndaru film was made,” Didi said.

The short film with a duration of about 10 minutes tells the story of a couple who suddenly get tens of millions of money. They also argue about how the money will be used. Hanung, as the scriptwriter said that this film wanted to describe how treasure is meaningful in one’s life. In addition to the economic element, the Ketiban Ndaru film manages to involve strong social and cultural elements in its visual presentation. The use of regional languages also adds to the closeness of this story to everyday life.

When asked about the constraints in the production process, they admitted that they lacked members and experienced difficulties from a technical point of view. “At that time, we lacked people, money, and tools. So, like it or not, I still use personal costs and also have a job as well,” Didi said. The process of working for one month with several members is admittedly quite complicated, mainly because they have just finished one semester in the Communication Science study program. Even so, they said they were happy because they could gain experience and learn things outside of academics.

“In the future, we also want to participate in other competitions and produce better films, so that we can hone our talents,” Carina said. Satria and the team hope that the faculty can support students’ works, so that more outstanding students will participate in developing the Indonesian film industry.