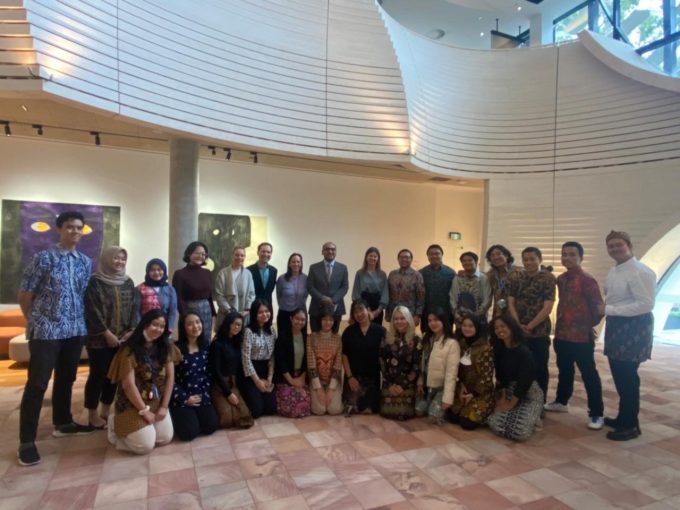 Yogyakarta, August 6th 2022–Thirty Fisipol UGM students successfully became awardees in the Indonesian International Student Mobility Award (IISMA) held by the Ministry of Education, Culture, Research, and Technology (Kemendikbudristek). The awardees will go through one semester abroad in the university of their choice. Monash University, located in Australia, is the choice of the two awardees from Fisipol UGM, Arun Panrita Arifin and Gisela Lidya Arthauli.

Arun said that being a part of an exchange program has been her dream since middle school, especially when it is held in Australia. “I also love the courses offered there,” Arun said. According to her, the courses offered at the university need to be taken into consideration because those are the courses that we will study once we get into the program.

The process the awardees went through was not an easy feat. Starting from the preparation of the document, essay writing, to interviews.

“The hardest thing for me was the essay writing process. We need to be able to describe ourselves so as to not look stand-offish as well as proving that what we write is true,” said Arun.

Furthermore, the preparation of files and documents also presents its own challenges for Arun and Gisel. They had to manage their time well because the preparation was in line with their midterm test and it was close to the Eid holidays.

After a few weeks of going through orientation and other university activities at Monash University, Gisel said that the learning system applied in the university is unique and it made her more active in class. The use of English on a daily basis also made her more fluent in the language. Arum also said that one of her goals in IISMA is to become more fluent in English.

For Arun, meeting and getting new friends is also a plus point in her IISMA experience. Arum hopes that she will continue to upgrade other parts of her life through the IISMA program.